Help families be BETTER TOGETHER.

Get your Hearts of Gold ornament TODAY!

On January 8, Brandy McKenzie began to worry after not hearing from her son, Mason. Brandy was able to check his location and realized he had not moved from it for several minutes. Since it seemed he was right up the road, Brandy headed over to make sure his car hadn’t broken down. When Brandy got about a mile away, she could see the emergency vehicles and Mason’s “85” Jeep in the middle of the road.  Within seconds she was calling her husband, Bo.

Mason’s jeep rolled many times and he sustained head trauma, facial fractures, bleeding of the brain and a few lacerations.  One can only imagine the fear racing through their minds as their only child is breathing but is in traumatic stress.

Mason was life-flighted from the Floyd Medical Center in Rome, Georgia to the Intensive Care Unit (ICU) at Erlanger Hospital here in Chattanooga, Tenn. Mason spent four nights in the ICU before he was in a stable condition.

Bo and Brandy McKenzie checked into the Chattanooga Ronald McDonald House just a day after their son arrived at the hospital.

The McKenzie’s shared their thoughts on entering the House for the first time:

“We had heard of the Ronald McDonald House program but were not familiar with it in Chattanooga,” shared Bo and Brandy McKenzie. Once we knew Mason was stable, we walked over and checked in. It is simply an amazing place; the check-in process had a calming effect on us. We felt at ease being so close to the hospital and the accommodations and amenities were amazing.”

During their stay, Bo and Brandy rotated shifts staying with Mason overnight. Though it was hard not to all be together, it was comforting for them to be able to have a “home away from home” to get rest. For many families, meals and snacks are items that they are grateful for during their stay. The McKenzie’s shared how it helped them to know they could “come in and heat up a home-cooked meal instead of eating hospital food each day.” Bo and Brandy also used the Ronald McDonald Family Room to have a quiet place to visit with family and friends stopping by the hospital.

Each family that stays at the House always has at least one thing that was their biggest source of comfort. For Bo and Brandy, it was “all the smiling faces and encouraging words from the staff and volunteers.”

The McKenzie’s shared this advice for other families that may stay at the House, “We would encourage families to embrace the golden opportunity afforded by the Ronald McDonald House to care for your child while the House cares for your needs as a family.”

The McKenzie family stayed for almost a week close to Mason’s side as he recovered. The House allowed them the hope and comfort needed after receiving news that their son had been in an accident.

The McKenzie’s shared this update with us when visiting and working on their story:

“The first few weeks Mason had to take things easy.  We had to limit his screen time on a phone or computer and he wasn’t allowed to do any physical activities. From an appearance stand point Mason looked great and only had a few stiches on his left shoulder and above his left eye. His facial fractures which were not visible took the longest to heal.  Doctors told us that part of Mason’s ability to survive a crash like his and recover in such a way was due to his already healthy condition. Mason was cleared for all activities in early March!”

Thank you for supporting the Chattanooga Ronald McDonald House and helping families like the McKenzie’s stay close to their sick child in the hospital!

The 2020 Hearts of Gold ornament represents the mission of RMHC. For 30 years, our door has been opened to thousands of families whose children are sick in the hospital. Despite trials and challenges that may come our way, we will always strive to continue to have an open door and be a home away from home. 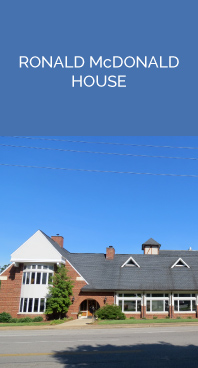 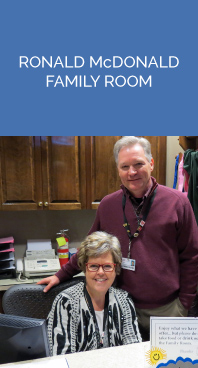 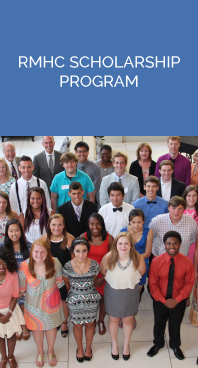 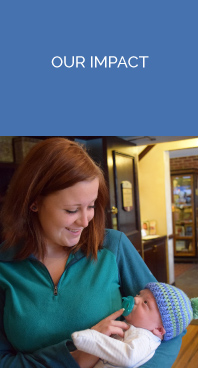